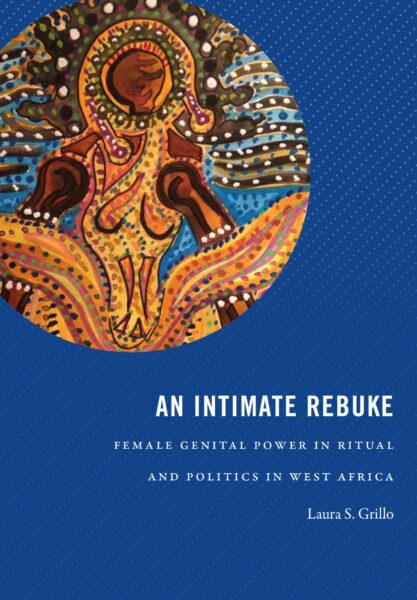 An Intimate Rebuke: Female Genital Power in Ritual and Politics in West Africa

Throughout West African societies, at times of social crises, postmenopausal women—the Mothers—make a ritual appeal to their innate moral authority. The seat of this power is the female genitalia. Wielding branches or pestles, they strip naked and slap their genitals and bare breasts to curse and expel the forces of evil. In An Intimate Rebuke Laura S. Grillo draws on fieldwork in Côte d’Ivoire that spans three decades to illustrate how these rituals of Female Genital Power (FGP) constitute religious and political responses to abuses of power. When deployed in secret, FGP operates as spiritual warfare against witchcraft; in public, it serves as a political activism. During Côte d’Ivoire’s civil wars FGP challenged the immoral forces of both rebels and the state. Grillo shows how the ritual potency of the Mothers’ nudity and the conjuration of their sex embodies a moral power that has been foundational to West African civilization. Highlighting the remarkable continuity of the practice across centuries while foregrounding the timeliness of FGP in contemporary political resistance, Grillo shifts perspectives on West African history, ethnography, comparative religious studies, and postcolonial studies.

An Intimate Rebuke is strikingly original and unprecedented. Laura S. Grillo’s anthropological investigation positions Female Genital Power as a powerful reminder of the agency of African women as the bearers of moral authority and the embodiments of ancestors.
– Chantal Zabus, Professor of Postcolonial Literatures and Gender Studies at the University of Paris, Sorbonne-Paris-Cité

This remarkable book offers …  a complex, detailed, and revolutionary argument, An Intimate Rebuke could change the face of African studies, opening the field to a heightened sense of women’s ritual activism, critical political acumen, and resistance to male tyranny.
– Joseph Hellweg, Associate Professor of Religion & Anthropology at Florida State University

“Grillo has begun a new chapter in African women’s, gender and sexualitystudies. Among its many achievements, An Intimate Rebuke is a long overduephenomenology of embodied ethics, ontology and political thought. Grillo hasgifted the field with a substantive intervention, a new narrative of the matri-archive that cannot be ignored in the future of African studies and Africandiaspora studies as well.”–Dianne M. Stewart, Emory University

“If any scholar is tempted to underrate the power of ritual in influencingpolitics, governance, and the state, this book offers an effective antidote. Grilloshows how women produce efficacious rituals that challenge the patriarchy in avariety of social domains.”– Jacob K. Olupona, Harvard University

“Beyond the eloquent rendering of the central ethnographic account, Grillooffers us a radical rethinking of those theoretical constructs and categories … suchthat the Global South becomes a compelling source and site of criticalintervention and conceptual/political innovation..”– Sian Melvill Hawthorne, SOAS University of London

“An Intimate Rebuke develops a highly innovative and critical theoreticalapproach, and it carefully navigates the methodological challenges inherent to aproject like this. Truly multidisciplinary in its approach, the book builds on, andconsiderably expands, current debates in fields and disciplines as wide–rangingas African studies, anthropology, gender studies, postcolonial studies, religiousstudies, and ritual studies.”– Adriaan van Klinken, University of Leeds

An Honor: Selected for KNOWLEDGE UNLATCHED

An Intimate Rebuke was selected by a panel of librarians as one of the books to be included in the 2018 offering of Knowledge Unlatched (KU). KU is an international organization supported by select universities, research institutions and academic publishers seeking to provide free open access to quality scholarly content for readers around the world. 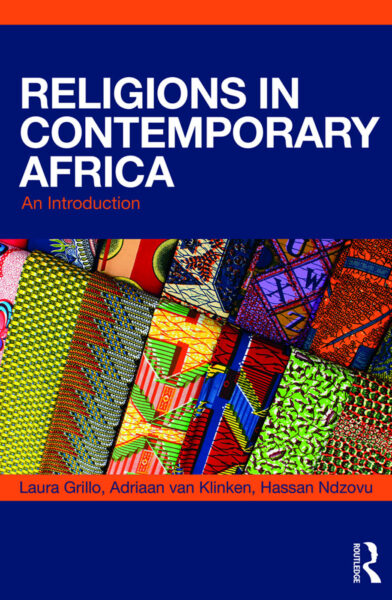 Religions in Contemporary Africa: An Introduction

This innovative textbook offers a comparative and balanced focus on each of the three major religious traditions in Africa today, underscoring their role in contemporary society and in relation to today’s most pressing issues. The book is organized in two parts. Part I presents the “Major Religions in Africa” – Christianity, Islam, and African Indigenous Religions – in historical perspective. Part II addresses “Topical Issues of Religion in Africa,” that focus on timely developments on the continent. It includes pedagogical resources for stimulating debate and advancing further research. In so doing, this book will be unusual; it will not only inform readers of the rich history and religious complexity of Africa, but that will also “nurture a future generation of independent thinkers…who not only understand the realities of a changing world, but who also have the ability and skills to implement” that understanding. 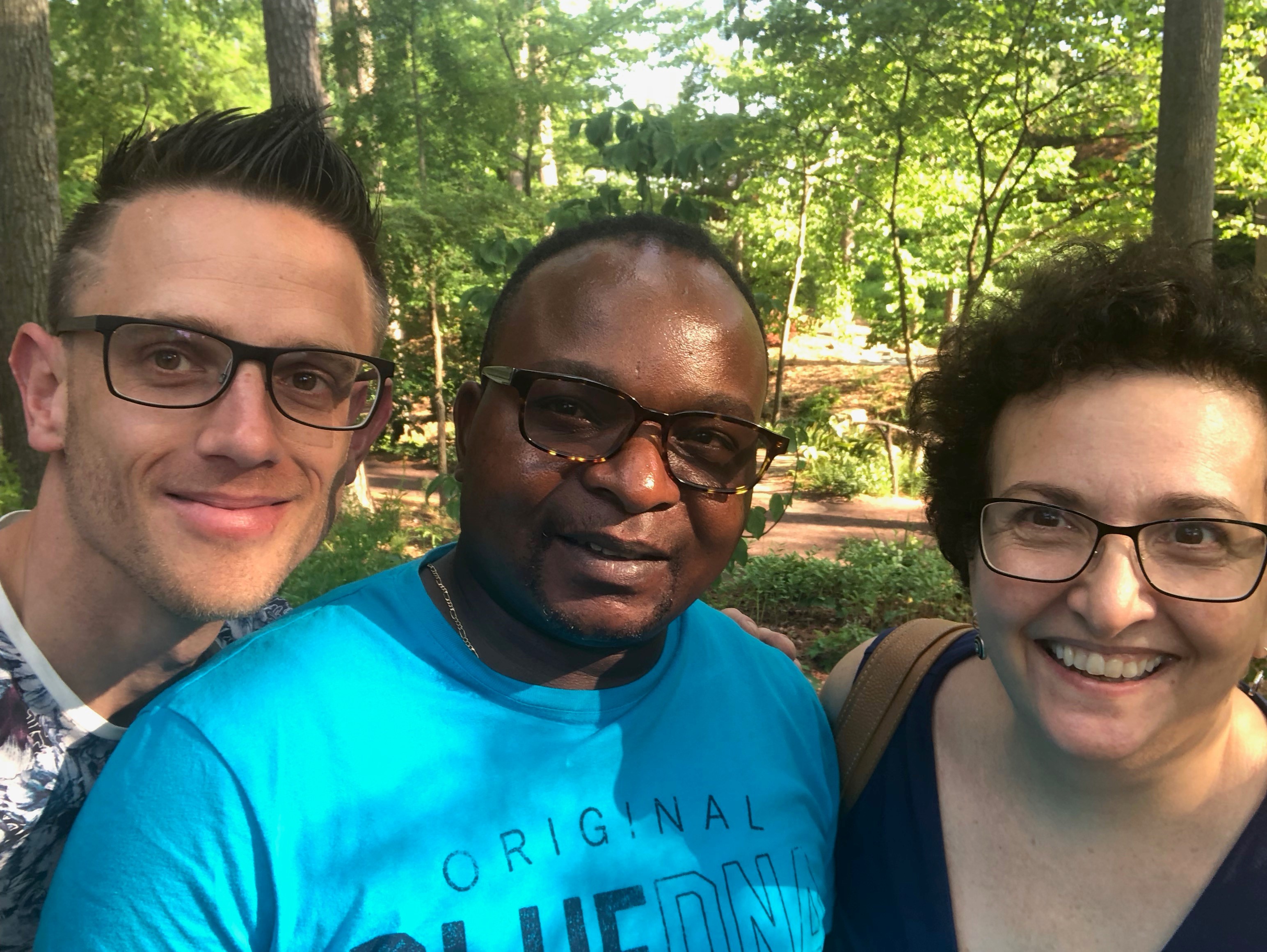 The well-conceived combination of tradition-specific and thematic chapters help the reader understand Africa’s religious diversity and dynamics in contemporary context and will be just the ticket for my African Religions class.
– Rosalind I. J. Hackett, Professor of Religious Studies, University of Tennessee, USA, and Past President, International Association for the History of Religions [IAHR]

This is a refreshing, creative and informative approach to the religions of Africa in their plurality. The authors have adopted a sound and scholarly engagement with the religions of Africa. The inclusion of case studies, reflective questions for discussions and use of accessible language adds value to the volume. I recommend this volume highly to scholars in the fields of religion, anthropology, sociology, political science, sexuality studies and general readers.
– Ezra Chitando, Professor of History of Religions, University of Zimbabwe and Theology Consultant on HIV, World Council of Churches 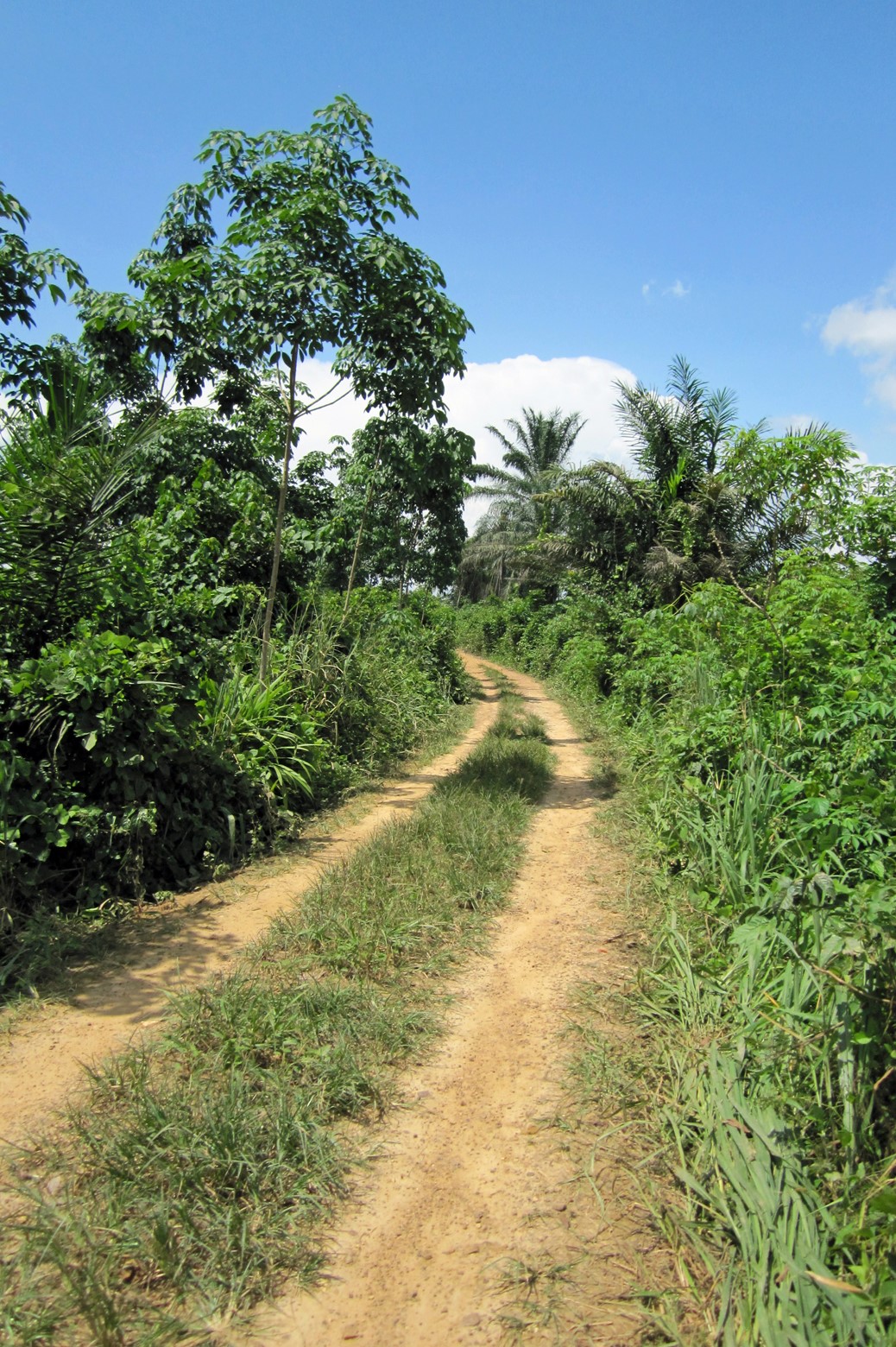 Ask for the Road:  a memoir

This is a work in progress.

In August 2019, an extracted chapter entitled “The Boiling Cauldron” won an AWARD for Ethnographic Fiction and Creative Nonfiction Writing by the Society for Humanistic Anthropology, a section of the American Anthropological Association (AAA). It will be published in a special section of the Society’s journal, Anthropology and Humanism.