All significant scholarship is about making a fresh contribution to an ongoing conversation. By engaging in the wider academic conversation we ride on the tide of currents in thinking, and are carried forward on the waves of the most pressing issues. These conversations are always happening on the page, in response to what we read. But conferences are the enlivening contexts where actual exchanges challenge and shape our ideas, move them forward “on the beam,” or cause us chart our own course.

It is an honor to have been invited to share my work in various professional association meetings and university classrooms. Along the way the conversation partners I have found there have become a circle of stalwart colleagues and friends.

“Mbembe’s matrix and the matri-archive: the little secret to conjuring away the postcolonial spell” – American Academy of Religion, San Diego, November, 2019

“Gender and Change in Ile-Ife: A Response to Jacob Olupona’s City of 201 Gods” Public Lecture, Center for the Study of World Religions, Harvard University, April 11, 2013.

“Mircea Eliade and the study of History of Religions in the USA.” International seminar, Romanian Academy in Cluj-Napoca, Romania, April 2, 2012.

“The Deployment of Female Genital Power as an Act of Society in Côte d’Ivoire.” Workshop of the Luce Project on Religion in Global Civil Society at UCSB, A Focus on The Middle East and Africa – Orfalea Center for Global and International Studies, Santa Barbara, CA January 22, 2012.

“Memoir as Method: A Reading from ‘Ask for the Road,’” and “Response to Phillip Peek.” Divination and Dialogue – University of Kent, Canterbury, England, October 2007

“Ethics in the Cast of Divination.” University of California, Davis, CA, May 2005 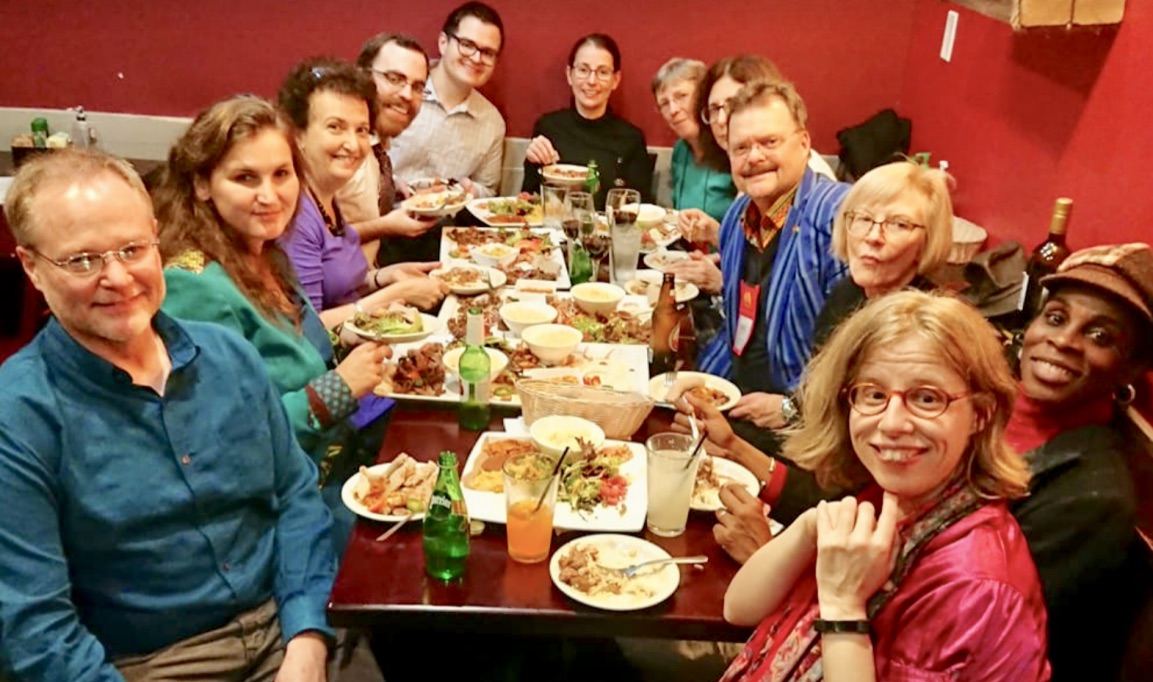 With fellow MANSA members during the African Studies Association meeting in Atlanta, GA 2019.